How Does an IR Camera Work?

HomeNewsHow Does an IR Camera Work? 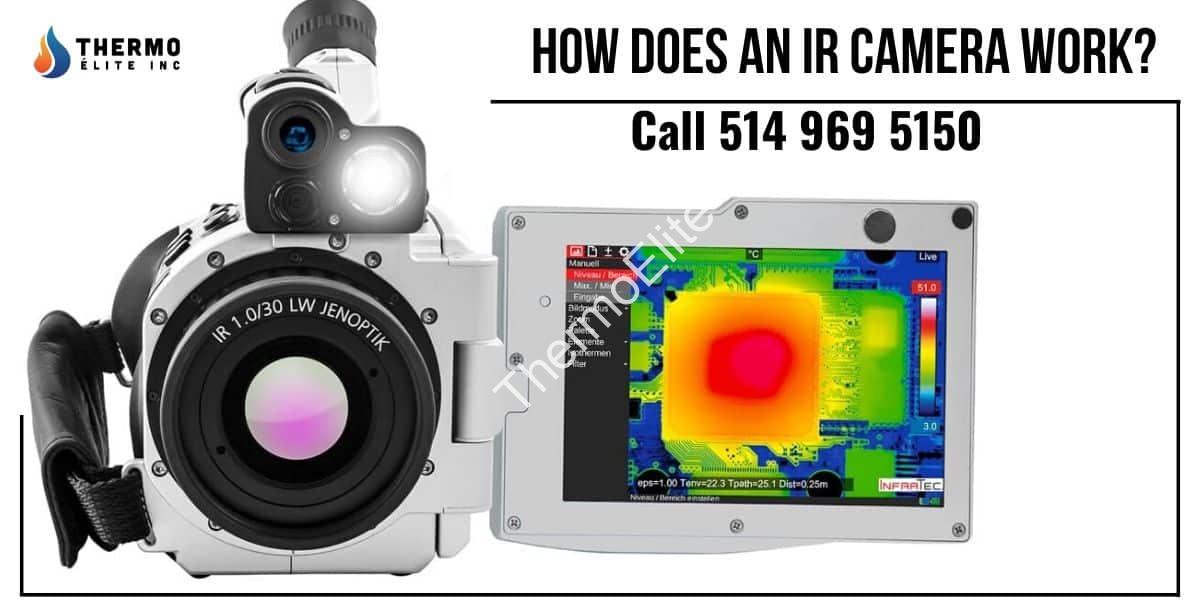 An Infrared (IR) camera is an image-capturing device that images infrared radiation. The cameras show captures images of different colors based on their surface temperature. IR Cameras are used to conduct inspections in homes and factories, to establish whether certain structures and systems are in good condition.

IR cameras work based on heat differences on the surfaces of different objects. They have become important devices as far as the inspection of various systems and structures is concerned. In the sections below, we are going to explore how IR cameras work, and the various types available. We will also discuss their benefits over other methods of inspections.

IR cameras are built just like any other camera. You’d be forgiven if you unknowingly bought an IR camera to take photos in your next vacation. However, these cameras produce thermal images of different objects and surfaces. All objects and surfaces have the capacity to emit and absorb light depending on their surroundings. However, different surfaces emit and absorb light at different rates. As such, different objects or surfaces with have different levels of infrared radiation.

As mentioned above, the working of an IR camera is majorly banked on temperature changes. As heat moves, it causes IR radiation, which the camera captures. Different levels of IR radiation are depicted as colors on the camera’s screen. The result is images that show the objects being imaged in different colors depending on their surface radiation. IR cameras, unlike ordinary cameras, can capture images of objects that are not visible to the naked eye.

Infrared cameras are non-contact and quite easy to use. You focus on the object you want to image, just like you would with an ordinary camera, and then press the shutter button to capture images. Some IR cameras capture light images alongside thermal images as well. This makes it easy to analyze the images and draw conclusions.

In order to better understand how and IR camera works, let’s explore the various parts of an IR camera.

Parts of an IR Camera

An IR Camera has various parts that enable it to capture and produce thermal images. We discuss each one of them in a bit of detail below.

There are different types of lenses for infrared thermographic cameras. The best lens depends on the intended application. All infrared cameras come with a standard lens. This lens is the main part of an optical system that captures infrared radiation from surfaces that are within its range. Specialized lenses can be added on top of the standard lenses for better focus and sharper images. You can add either macro, wide-angle, or telephoto lenses to your camera and improve the quality of your images. 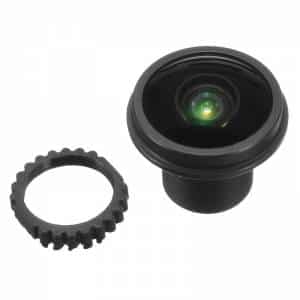 The lenses are mainly made of germanium since it is a transparent element within the infrared spectrum and it has a high refractive index. Germanium provides one of the most efficient ways of transmitting infrared energy to the infrared detector in order to produce sharp images. As thermal imaging technology improves, macro and telephoto lenses are being converted into smart lenses. These lenses do not require calibration to any specific camera. They are compatible with a wide range of infrared thermographic cameras.

Wide-angle lenses are best used to scan large targets which are being focused on from a relatively short distance. As the name suggests, these lenses have a wide-angle of view and will be able to cover large targets even when they are at a close distance. They can be used by building inspectors, especially those investigating the structural integrity of a building.

Telephoto lenses are designed to be able to focus clearly on small objects that are being viewed from a distance. They are of different sizes depending on the distance you want to view an object from. These lenses have wide applications in the inspection and maintenance of electrical systems, insulation systems, as well as plumbing systems. They come in quite handy while inspecting hard to reach areas.

Then there are macro lenses. These are lenses that are used for research and development purposes. They are used to focus on tiny and microscopic targets that are not visible to the naked human eye. These are mainly used by scientists and engineers in their studies and research. 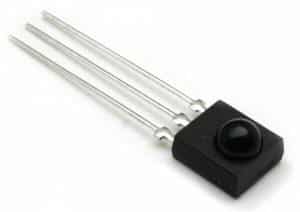 Their detection times and response are slow, but their sensitivity has not relation with the wavelength of the radiation. On the other hand, quantum decors are fragile and require to be put in cooled chambers, but they are much more sensitive and provide sharper images. A camera with a quantum or cooled infrared detector needs to be handled by a professional.

Infrared sensors are what determine which color will appear on the screen for a particular object. This is usually dependent on the temperature differences on different surfaces. Modern infrared sensors look like chips, and are quite sensitive and accurate.

The processor, memory, and display are the other major parts of an IR camera. Their functions are quite self-explanatory. The processor picks up the signals fed to it by the infrared sensor, and process them into thermal images. The images are then stored into the camera’s memory and are then ready for display. The display panel will relay these images to the inspector. The images are usually colored shapes. The shapes are exactly the same as those of the objects being scanned.

A camera with a large memory is always desirable as it can store more images or footage. These images and footage are needed while preparing an inspection report and explaining the rationale behind particular conclusions.

Having gone through the basics of and IR camera, let’s now explore the various types of IR cameras that are available. There are different brands of IR cameras, but they all use the same concept. There are three major types of IR Cameras. There is short-wavelength, mid-wavelength, and long-wavelength cameras. IR cameras can be categorized according to the type of infrared detector they have. We’ve already explored the different types of infrared detectors you can find on an IR camera.

Short wavelength IR cameras, as the name suggests are used to capture images of objects whose radiation has a short wavelength. These cameras usually capture radiation within the range of 0.9 and 1.7 microns. Short wavelength cameras are quite compatible with wide-angle lenses, and thermal infrared detectors. 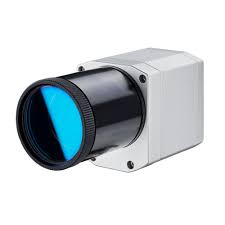 The cameras produce high-resolution images since they work within the spectral range of visible light. The images obtained have great contrast and less shadow. Such images make it incredibly easy for inspectors to analyze the images and draw conclusions.

Mid-wavelength IR cameras work with a spectral range of 2 to 5 microns. This spectrum allows them to image an object with high temperatures. These cameras are best used with telephoto lenses. They are able to image object from a considerable distance. They are the best IR cameras for anyone working in dangerous environments such as the inspection of high-current carrying conductors. 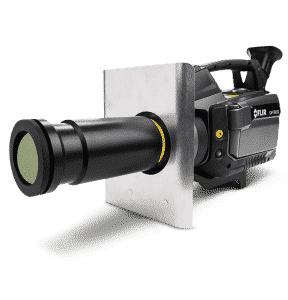 Mid wavelength IR Cameras are not very appropriate if the objects being imaged are tiny. The spectral range within which they work has a lot of atmospheric absorption. This absorption causes the images to become a little bit blurred. Overall, the images are always of a pretty decent quality. They will provide enough detail to the inspector, in order for him or her to draw logical conclusions.

Long-wavelength cameras are the best and the most expensive. These cameras are able to image both small and large object from a close or far distance. They are quite powerful, especially if you have a good lens on them. The cameras are able to detect radiation in the range of 7 to 12 microns. Within this range, they produce very sharp thermal images and highly accurate temperature readings. There is little to no atmospheric absorption within the indicated spectral range. This ensures that the images captured are of height quality. These cameras can be used with any type of external lens depending on the application at hand. 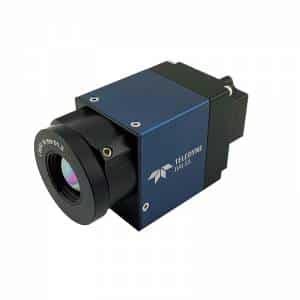 While operating and IR camera is not rocket science, it is important that you seek the services of an experienced inspector is you need a comprehensive report. You can capture thermal images yourself if you have an infrared camera on your hands, but you need some skills and knowledge to be able to interpret the images.

You should now have a pretty good idea about how an IR camera works. IR cameras have taken the top spot as the most preferred method of inspection. There are many benefits that have come along with IR cameras, as far as the home and structure inspections industry is concerned. Let’s go through some of these impressive benefits.

The costs of conducting inspections have been reduced drastically by IR cameras as well. Since it is a time-saving and easy method, the costs involved are much less. Also, IR cameras are able to image objects that are hidden from view. This means that there are no unnecessary demolitions during inspections when IR cameras are used. Imagine having to dig up your whole backyard trying to find where your drainage pipes are leaking. IR cameras eliminate any need for such back-breaking work.

The other benefit of IR cameras touches on safety. As we had mentioned earlier, some inspections have to be done in dangerous environments. Getting close to high-current-carrying conductors or climbing on to the roofs can be quite dangerous. With an IR camera, you may not have to put yourself in such risks. IR cameras can image objects from a distance. That means you wouldn’t have to get close to anything you think is dangerous.

We could go on and on about the benefits of IR cameras. The bottom line is they are the latest frontier in the inspection arena, and they are improving with each daylight. The operation of these amazing cameras is not complicated at all. They are making it easy for ordinary people to inspect their own buildings themselves. IR cameras are available in many online stores. You can order yourself one and get practising. Soon enough, you’ll be able to ensure no part of your house becomes dilapidated without your knowledge.

As mentioned in the beginning, IR cameras look like ordinary cameras. The only difference is that they are able to produce thermal images and take temperature measurements. You may need to go through some training or to read a bit so that you can interpret the images. The different colors and temperature readings on the display of an IR camera imply certain things. 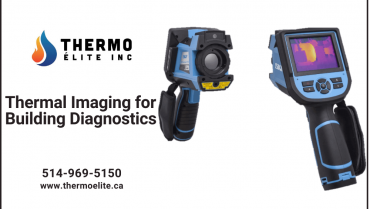 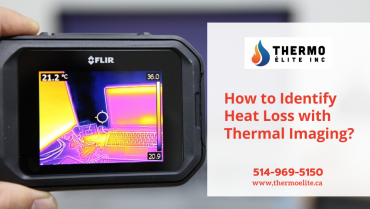