Thermal Imaging has now become a household name, although very few people understand what it is, and how it works. Thermal Imaging has many different uses in house-inspection and energy-related applications. Thermal Imaging can be used to monitor heat differences or changes or to locate an object. For instance, Police helicopters make use of thermal imaging to locate fugitives at night. Weather stations can use thermal imaging to monitor storms and hurricanes. It can also be used to diagnose various diseases and disorders by doctors as well. Home-inspection and security cameras are the most obvious application of thermal imaging.

What is Thermal Imaging?

Thermal Imaging, as the name suggests, involves imaging an object’s heat as it radiates off the object’s surface. Thermal Imaging is done using thermal cameras. They are also known as infra-red camera’s. These cameras can capture infra-red rays radiating off an object, and depict them as various colors depending on the amount of heat the object is radiating.

There are many brands of thermal imaging camera’s but they are all divided into two main categories. Thermal imaging devices can either be un-cooled or cryogenically cooled. Most thermal cameras used in structure inspections are un-cooled. Their infrared detector is put in a chamber that’s maintained at room temperature. These cameras are easy to use and maintain.

Cryogenically cooled cameras produce a better resolution, but they are more expensive and delicate to handle. The infrared detector for such cameras is locked inside a cooled chamber. The chamber is usually cooled to a temperature of 32 F (zero C). This makes it a lot more sensitive and accurate. Many of the thermal imaging cameras can scan surfaces at a speed of 30 scans per second. They can pick out temperatures differences as small as 0.4 degrees Fahrenheit.

In the next section, we are going to get into the nitty-gritty of how thermal imaging helps in such inspections.

Infrared thermographic inspections are the most effective means of inspecting the condition of various structures in a building. Thermal Imaging is a simple but accurate way of detecting faults in the various systems of a building. It also helps to determine the structural integrity of the building. Most buildings will most likely have an electrical system, plumbing system, HVAC system, and insulation system.

No one would want to enter into a building whose structural integrity has not been certified, let alone reside in one. Thermal Imaging is quite effective in identifying any faults that might be on walls, pillars, slabs, and other structures that make up a building. Infrared cameras enable inspectors to investigate a structure from its foundation to the roof. This entire process is still banked on temperature differences.

Inspectors can see cracks, weak points, and misaligned spots when they take thermal images of walls and pillars. This is how it works;

Cracks in walls will most likely harborsome air, water, or any other fluid. The concrete around the crack and the fluid, being different compounds, will always have different temperatures. A thermal image of such a spot will depict a different color around the spot where the crack is. It will show the exact position and shape of the crack. Some of the cracks captured through thermal imaging would otherwise be invisible to the naked eye.

Thermal images will also clearly show the layout of metal reinforcements in a building’s pillars and slabs. Metal and concrete are different compounds and will have different temperatures. Such images are used to determine whether every reinforcement has been placed in the right place, and is strong enough. They can easily detect weak points and recommend appropriate solutions or course of action.

Electrical components tend to heat up while carrying a current load. Weak or faulty components tend to get strained, and they heat up even more. This creates significant heat differences along the electrical line. These differences can easily be picked up by thermal cameras. The thermal images and heat maps produced by the thermal cameras enable technicians to easily identify faulty, worn out, or strained parts.

Using thermal imaging to inspect plumbing systems is just as straightforward as it is in the other types of inspections discussed above. For best results inspectors will run warm or icy water through the pipes to create significant temperature differences. Mainly, inspectors will be looking for leaking spots along the pipes. Thermal imaging can also detect parts of the pipes that are worn out, or rusted. Such pipe surfaces will appear different from those that are in good condition when thermal images are taken.

Thermal imaging of the pipes will clearly show how water is flowing inside them. That makes it easy to detect a leak if there is any along the pipe. The thermal image will show exactly where the leak is, and also help estimate the size of the leak. Keep in mind that the pipes are often hidden behind the walls or underground. Imagine having to dig all over your walls and expose all the water pipes and find where leakages could be. Thermal imaging eliminates the need to do any digging while trying to locate the leakage.

Thermal Imaging can be used on drainage pipes as well. It is applied in inspecting drainage pipe in a similar fashion as in all the other applications. The last thing you need is a faulty drainage pipe spilling filthy water on any part of your home.

Once all the available leakages have been pinpointed, it becomes easy for plumbers to access that point and carry out the repairs. That means the repairs will most likely be done much quicker, and they’ll be much cheaper.

Large buildings must have working HVAC systems to ensure the temperature conditions inside can be adjusted and maintained at desired levels. HVAC systems are designed to be able to take air in and out of the building. These systems consist of large hollow tunnels that run throughout the ceilings of a building. HVAC systems need to be inspected from time to time to ensure they are working properly.

Thermal imaging can be used to inspect the condition of HVAC systems. The thermal images will easily show the temperatures of the air flowing inside the tunnels. Any air leakages along the tunnels will also be easily detected and pinpointed. It would be tedious to try and crawl through the tunnels to inspect every single square inch. It would also be dangerous to get into the tunnels if it is a high story building.

Insulation is a very important part of residential houses. Mansions and bungalows require proper insulation, especially in places where the weather conditions get extremely cold or hot at certain times. You do not want to be incurring huge heating bills because of faulty insulation. Thermal imaging is quite effective in insulation inspection.

Thermal imaging will help identify any point where the insulation could be leaking. Insulation inspections are banked on heat differences between the air inside the house and that outside. In most instances, the inspection is conducted when the air inside the house is warmer than that outside. Laws of convection dictate that warm air will rise and seep out through any spaces that might be on the upper part of the house.

There are many other uses of thermal imaging. Thermal imaging can even be used to inspect a building for pest infestation. Thermal imaging technology continues to improve with everyday light. Thermal cameras are becoming more accurate and easier to use. While you can purchase a thermal camera and capture images around your house, inspections are supposed to be done by professionals. The professionals have the knowledge, skills, and experience required to be to analyze and interpret the thermographic images captured. Without such know-how, the images might not make much sense to you.

Thermographic imaging has replaced almost all traditional methods of structural and systems inspections. In the discussions above, we’ve been able to pick out quite a number of the benefits that make thermographic imaging the best method of inspection. The most prominent among them is the fact that you do not have to demolish, move, or change any structure in your building or house while capturing thermal images. As mentioned in the plumbing section, even objects that are hidden behind walls, above ceilings, or under the floor can be easily imaged. Thermal imaging is a hassle-free method of inspections, and the inspector will be in and out of your home within a short while. The findings and results are also quite reliable.

If you are planning to acquire a home, or your current home has not been inspected for a long time, you should consider including thermal imaging in your house inspection routine.

Improve your Electrical Maintenance
Is Thermal Imaging worth It For A Home Inspection? 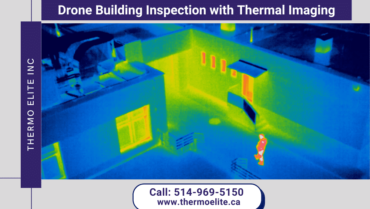 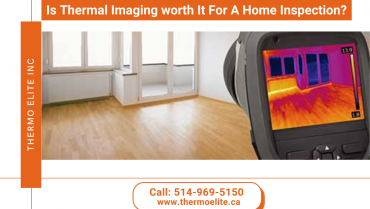 Is Thermal Imaging worth It For A Home Inspection?