HomeNewsHow to Detect and Prevent Corrosion Under...
by in News 550

Corrosion under insulation is an issue that has been plaguing the oil and gas industry forever. Companies have had to dish out millions every year for repairs and replacements. Corrosion under insulation (CUI) is localized corrosion occurring between a pipeline’s outer surface and the protective material used as thermal insulation of the pipeline. It has been found that CUI causes around 60 percent of leakages in pipelines.

This article covers the following issues-

The Conditions Corrosion under Insulation Develops Under

It has been found that coating on the gas line’s surface has at times been inadequate to delay or altogether prevent corrosion. Acidic gases and water are found to penetrate the gas line’s outer surface when the protective layer is ineffective. This results in the insulation material absorbing acidic water. Therefore, corrosion cells develop between the pipe’s surface and the insulation materials.

Moreover, an influx of oxygen and water vapor occurs in extreme temperatures after rainstorms as it does in Ottawa accelerating CUI. Consequentially, if left attended, localized corrosion develops from general attack corrosion. Such localized corrosion occurs as filiform or crevice corrosion on the pipeline’s outer surface of the coating and the cavities or pitting.

Oxygen, water, and leachable chlorides are absorbed in a higher rate by certain insulating materials like foam, rubber, fiberglass, polyurethane, and Rockwood. Insulators with high porosity absorb acidic chemicals and water much quicker. Therefore, before buying it, it’s important to consider the insulating material’s water and acidic properties. It’s also important to know how effective it can be.

The Consequences of Corrosion under Insulation

If there’s an occurrence of CUI and it remains undetected during inspections, it could result in petroleum products leaking from pipelines. These leakages have serious consequences that include severe environmental pollution creating a serious health hazard for people living nearby. It’s also very expensive to have them repaired by technicians and it’s fraught with risks.

After CUI is detected, the pipelines need replacement while the insulation needs major repairs. It involves high costs due to the resulting downtime and manpower utilization. It’s to be noted that detecting CUI isn’t possible visually as the outer surface of the pipeline is covered by the insulation. The insulation and cladding shall have to be removed for visual inspection. That’s why NDT inspection like the use of thermal imaging is preferred. It’s the common practice in Ottawa.

How CUI Can Be Prevented or Eliminated

It’s wise to wrap a pipeline with aluminum foil before the insulation material is placed as it can prevent corrosion. The aluminum foil acts as a barrier preventing the absorption of acidic water by the insulator. It’s also ensured that the acidic water is prevented from reaching the pipeline’s outer surface. Again, applying paints like epoxy-phenolic and epoxy and covering the outer surface of the pipeline with protective coatings can also prevent acidic water from seeping through.

Another very effective method to fight CUI is to use coatings and moisture barriers on the insulating material that are water repellant. CUI can be prevented and therefore, downtime eliminated with regular maintenance, which includes repainting and re-applying the insulation material. It’s to be noted that none of the techniques to inspect corrosion is foolproof. Moreover, a majority of the corrosion inspection methods fail to show the extent of damage that has been caused to the pipeline by CUI.

To detect where corrosion has occurred, you can use any of the established techniques of pipeline inspection. To allow ultrasonic testing, you can use techniques like radiography, removing the insulation, or cutting plugs so that the ultrasonic testing can be done. The most efficient and least expensive method of CUI detection is inspecting the pipelines being assisted by a drone. You can also apply NDT inspection in areas like pulsed eddy current testing, ultrasonic thickness management, neutron scattering, and X-rays or radiography.

To analyze rust presence on the pipe’s outer surface, drone-assisted corrosion testing can be used with the use of imaging and thermal infrared sensors. After it has reached its maturity and experts have gauged its cost-effectiveness and reliability, drone-assisted inspections may soon become a popular tool to prevent CUI in the oil and gas industry.

Companies need to develop preventive maintenance programs that shall involve regular monitoring of what condition all the equipment is in. That’ll help prevent avoidable breakdowns and know when replacements are needed. Avoiding CUI involves lower costs than the costs involved in replacing or repairing an entire piping system. However, it’s often difficult to locate a potential leak as the insulation material makes it difficult to access equipment.

Corrosion under insulation is a problem that has been like an albatross around the neck of the oil and gas industry. Preventing it helps save millions of dollars that are lost to downtime when repairs become necessary. Preventing the seepage of acidic water is the most effective defense against CUI. Wrapping the pipeline with aluminum foil before placing the insulation material helps a lot. Drone-assisted corrosion inspection is the new technology that promises to revolutionize CUI inspection once its effectiveness and reliability are gauged. Using good quality insulation material helps ensure a strong defense against corrosion.

Why Is Transmissivity Important When Using Infrared (IR) Windows? 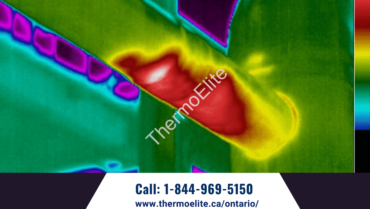