HomeNewsThermographic Testing of Electrical Equipment
by in News 89

Thermographic scanning, also known as infrared inspection, is a preventative maintenance technique that extends the life of equipment by help you detect faults at early stages. It includes using thermal cameras to track how heat moves through equipment and is only available as part of our extensive factory maintenance plan. A thermographic survey is used to detect abnormally high temperatures in electrical distribution systems.

Without dismantling the parts, infrared thermography may be used to detect unbalanced loads, weak connections, deteriorated insulation, and other issues in energized electrical panels or equipment. These issues may result in excessive power consumption, higher maintenance costs, or catastrophic equipment failure, resulting in unplanned service interruptions, equipment damage, and other issues.

Why is Thermographic inspection of Electrical Equipment Important?

Temperature fluctuations are a warning sign that something is wrong inside the production equipment. Using thermographic inspection for predictive maintenance lets a maintenance organization adopt a more proactive stance. Planning for product repairing in place of reacting to breakdowns raises overall equipment effectiveness by reducing unplanned downtime.

Thermographic imaging involves taking an image of the electrical housings and components of operating equipment using a thermal imaging camera. This picture depicts a pattern of heat flow through the electrical components of the equipment. Electrical resistance rises as electric components deteriorate, and heat rises with it. As a result, infrared electrical testing will detect areas of unusually high temperature quickly. Electrical equipment thermography collects data that can show longer-term patterns, assisting in predictive maintenance.

There are many advantages of using thermographic testing of electrical equipment. This method is used as a best predictive maintenance practice that easily finds issues in real-time. This improves safety by detecting possible electrical problems sooner and addressing them until they become dangerous. Furthermore, gathering data from infrared thermography inspection for later study helps with optimizing repair and replacement schedules. Other advantages are reduction in unplanned downtime, increased mean-time-between-failures, and even extended equipment life.

Other than this, electrical system failures, such as failure of electrical insulation, terminals, and related parts, are estimated to be responsible for 10% of fires in manufacturing properties. Employees can also be exposed to live electrical circuits as a result of failures, putting them at risk of severe injury or death from electrocution. The risk of a failure of the electrical wires and associated components can be reduced by identifying and fixing high-resistance connections in equipment.

The cost savings from energy efficiency and lower outage and maintenance costs are also advantages of identifying and fixing these faults. Circuits with high resistance have a higher current flow. When the current flow is increased, the power consumption increases as well. Furthermore, high current draw can prematurely fail critical electrical circuit components including fuses, circuit breakers, and transformers. Higher maintenance and repair costs, as well as business interruptions, arise from these failures.

How can thermography be used to inspect electrical equipment?

Whenever there is electrical resistance in an electrical component, it will produce heat in energized electrical systems. The amount of heat produced is directly proportional to the amount of current flowing through the system as well as the resistance of individual system components and connections. The resistance of components increases as they deteriorate, resulting in a localized increase in heat. Similarly, a badly constructed connection would have higher resistance and a higher temperature profile than a perfect working connection. These temperature variations could be detected using thermography.

When is a thermographic scan needed?

A thermographic inspection is helpful to all properties, but those with high power consumption, multiple branch circuits, and distribution subsystems, or heavy equipment have the greatest need. A thermographic inspection of critical systems, such as circuit panels, switchgear, and transformers, should be performed at least once a year in businesses with high electrical demands. Also after getting the inspection report you can set a date to rescan the product based on the type of equipment, its age, and its power consumption. Here at Thermo Elite Inc., we can provide you the information in determining what and how often to conduct inspections.

How to know if equipment needs a thermal inspection?

Who may perform electrical thermographic inspections?

Thermographic surveys are very important for the inspection of electrical equipment. Using thermal imaging you can find hidden faults in the electrical system before they cause any major problem and production halt. If you are looking for an experienced thermographic company then you can call Thermo Elite Inc. at 1-844-969-5150 or simply email us at [email protected] for quires. We have a team of experienced and qualified thermal engineers who can carry out any thermal inspection service with ease. Our services are available for both commercial and residential properties and our prices are very affordable. To know more please be in touch. 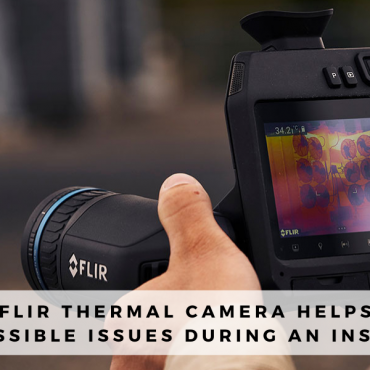 How Thermal Imaging Cameras can help you with Electrical and Mechanical Inspections
Infrared Thermographic Home Inspections
Thermo Élite Inc
4.9
Based on 8 reviews 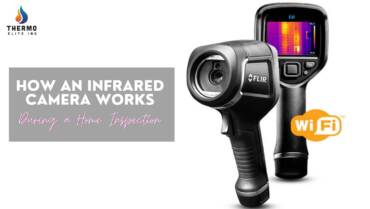 How an Infrared Camera Works During a Home Inspection 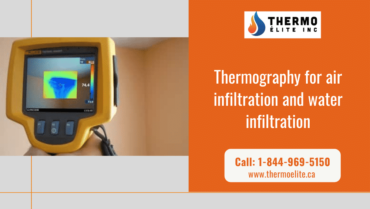