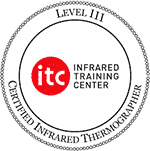 One of the key ingredients humanity has always valued has been the comprehension of its past. If world history has taught us anything, it is the constant need we have as a global society to strive for the preservation of our collective history – this includes all oral and physical evidence.

As technology has found new ways to make history and its preservation and easier task, new techniques demonstrate that, with little effort, a community can find ways to preserve its cultural and material heritage without having to execute elaborate tasks or use elevated budgets that make the whole endeavor virtually impossible to achieve.

Being budget-friendly is especially necessary when it comes to the most important remnants of history humans have to this day: monuments.

Certain old structures have somehow defied the rules of time by standing still –in most cases, at least– in considerably good conditions. While in many ancient heritage sites this is true, in others the situation is a bit more delicate – the structural conditions are so weak, experts wonder how long it will take for the monument to either collapse or disappear altogether.

As with any delicate matter, the study of a monument’s condition has always been viewed as an exhausting task that requires weeks –if not years– of work, but, with current techniques, experts are now able to receive in-the-moment data about the structure’s conditions. This data is key to understanding how exactly the upkeep of the site needs to be executed.

This is where time and precision are needed the most, and developers have paid close attention. With the introduction of infrared thermographic inspections, maintenance of historical sites has become a manageable task with precise and convincing results.

With well-documented results all around the world, infrared thermographic inspections are the most accurate system to assess a monument’s conditions. From 19th century paintings to ancient Greek monasteries, it is now the industry standard that archaeologists and historians look for when trying to uncover the hidden stories behind ancient monuments.

Infrared as a new idea

What exactly is an infrared thermographic inspection? It is a thermal process in which the temperature of an object is measured using special cameras that examine the temperature variations present in it. A thermal image is then created by an assessment of the infrared radiation emitted by the object; this image will explain the object’s conditions.

A device used for an infrared thermographic inspection is able to assess the object’s surface and correctly come up with an estimate of the condition the surface presents. It also uses important variables that weigh in the scanning process. Physical elements in the surface like atmospheric temperature, relative humidity, reflected apparent temperature and material emissivity.

Atmospheric temperature is the measure of the Earth’s temperature at different levels. It is mainly present in the object’s environment, but it is known to have great influence in the constitution of a monument whose materials were determined by the atmospheric conditions present in the place where it was built.

When it comes to relative humidity, experts assess the pressure that water vapor has put on a specific site, considering how humidity can cause larger-scale damages for an extended period of time. This ratio is especially useful when determining a monument’s condition via IRT.

Its link to history

Infrared thermographic inspections have become a popular process for the maintenance of historic structures based on its capabilities. One of the biggest benefits being the thorough analysis of the materials used for the conservation of the structure. Also, smaller-scale projects involving masonry and general upkeep of old structures have been benefitted with the implementation of IRT.

IRT devices are able to comprehensively assess the restoration of materials like stone, paint, and wood. As an added benefit, they are able to notice internal structural faults like covered openings, air holes and time-related damages that are not perceivable unless under a minute evaluation with an infrared camera.

One of the biggest enemies many structures have to fight against on a constant basis is moisture. It can severely damage a structure to the point where it can collapse. And the worst part is that it is barely noticeable without the proper tools.

What can be done to manage this silent killer? When it comes to the preservation of historic sites, it is crucial to use tools that help prevent further damage caused by moisture. This is where IRT has become an important variable for this equation– it is able to see an estimate of the possible moisture increase the structure may have in the future.

Not only in architecture

The variety of uses ranges from architectural damages to the upkeep of paintings and smaller objects. It is commonly used in frescoes, for it is able to determine how humidity has evolved in the paint.

In civil engineering, infrared thermographic inspection comes in handy for discovering map cracks. They may be minuscule or hidden underneath layers of concrete and gravel, but with an IRT device, they can be easily found.

This, in addition to the use of powerful ultrasound, can safely determine the depth of damages. When a crack appears, an IRT camera will be able to record it, but with the aid of an ultrasound device, it will also manage to understand what is the state of the structure regarding the crack, as well as how deep it is. It’s important to mention it is a tool that will be greatly enhanced with the addition of other similar tools.

One of the fundamental benefits of this technique is the successful application of thermal radiation without any type of side effect or secondary damage to the structure. As a non-destructive method, it has created a new type of maintenance process in which the assessed monument is in no risk whatsoever – perfect for historians looking to stare into history from a safe distance.

A popular example of a successful application of an IRT device on a historic monument was registered in Ioannina, in Greece. The Monastery of Molybdoskepastos, whose original creation dates back to the 11th century, had undergone several modifications over the centuries, most notably the addition of a thematic writing room which became an emblem of the monastery in the 14th century.

The infrared thermographic inspection conducted at the monastery focused on a metal plate which –according to historians– indicated the year of its creation and the people involved in it. It also focused on the damages that were present in the murals and masonry found on the building’s structure.

Given the restorative and non-invasive nature of IRT, the process was able to come up with a fully detailed image of the conditions of the monastery.

These assessments encompass two different types of approaches that each has its own methods and can obtain a specific type of response, depending on what they are applied on.

The active method works on creating a stimulating thermal response from the object so the contrast of temperature can become visible.

Within the active method, there are three different techniques that can be applied, depending on what the structure requires and what exactly is going to be assessed. They are graduated heating, lock-in thermography, and pulsed phase infrared thermography.

In graduated thermography, the structure receives a set amount of heat for a determined time lapse. In the first time period, the structure receives a gradually increasing amount of heat. In the second part, the temperature starts decreasing. The degree to which the heat will be implemented has to be determined via a previous study of the walls (conditions, materials employed and age).

This is achieved using a number of heating lamps that are directed towards the selected area and are fixed to work at a given temperature. The exposure to the heat of the lamps gives way to visible results in which experts are able to examine the structure’s inner constitution.

Another active method is lock-in thermography, a practice in which a specific exposure to heat is performed via the generation of waves with a modulated lamp. The resulting signals are received through a remote receptor capable of analyzing the infrared emission coming from the structure.

This method is based on the average compound between two types of fo signals: the signal the receptor has gotten and the reference signal. It is able to obtain an analysis of the depth of the damage, which is greatly dependent on the modulation frequency the device is set on.

Pulse phase infrared thermography works by analyzing with a camera the decay in temperature an object presents after it has been heated for a specific time period. This decay curve is the basis on which the obtained images will be assessed. The images obtained are seen through a non-permanent mode which allows the result to be a sequence or phase of images.

Infrared thermography inspections are useful and considerably favorable for historic site assessment mainly because it can be done from a distance – there is no need to put the surface at risk by touching or putting external elements on it. When it comes to monuments that have specific features that can’t be easily accessed by people, IRT is incredibly helpful to understand the damages.

The basis of history –both oral and material– is dependent on the way it can be preserved. If there is a method that allows communities to understand their past better while not damaging the foundations of its structures, buildings and other physical surroundings, there is a great chance of conscious conservation.

The cultural and social impact this may have in the upcoming generations is yet to be determined. What is clear now is that monuments can have a new life; one that has been specifically tailored to each of their individual needs and that will show how their internal structures deserve to be respected permanently. 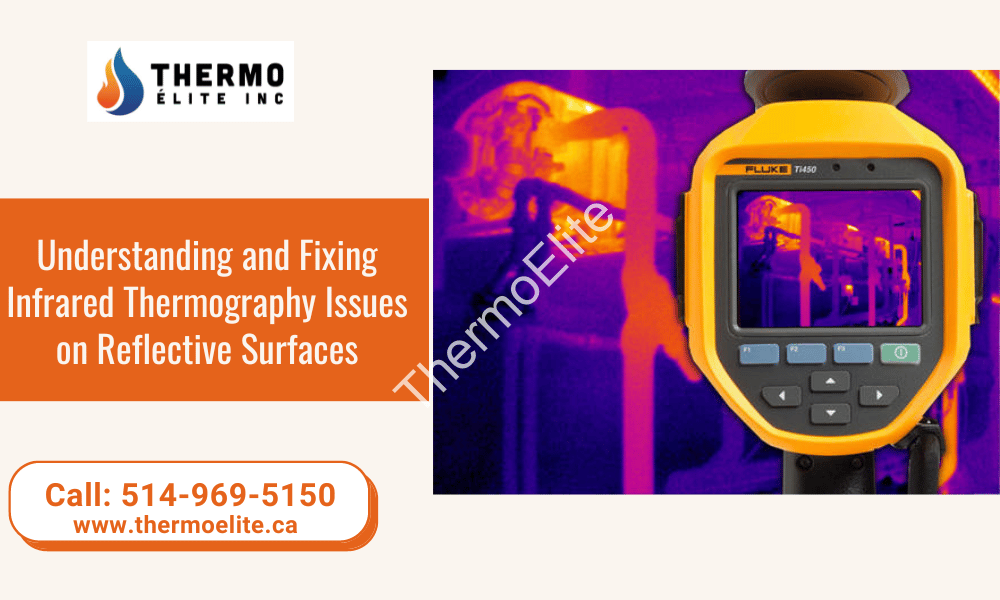 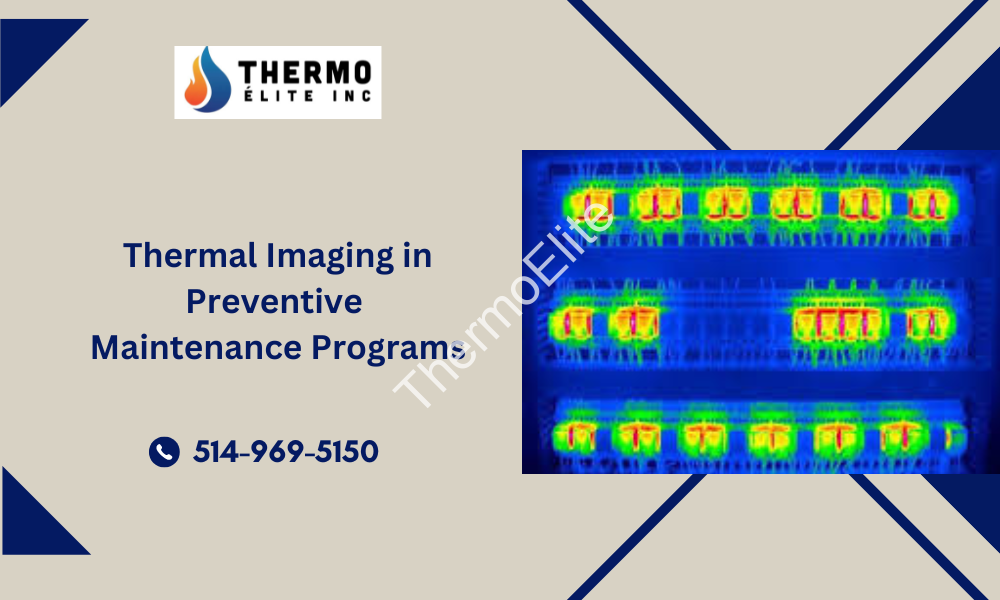