Why Is Emissivity Important When Using IR Inspection 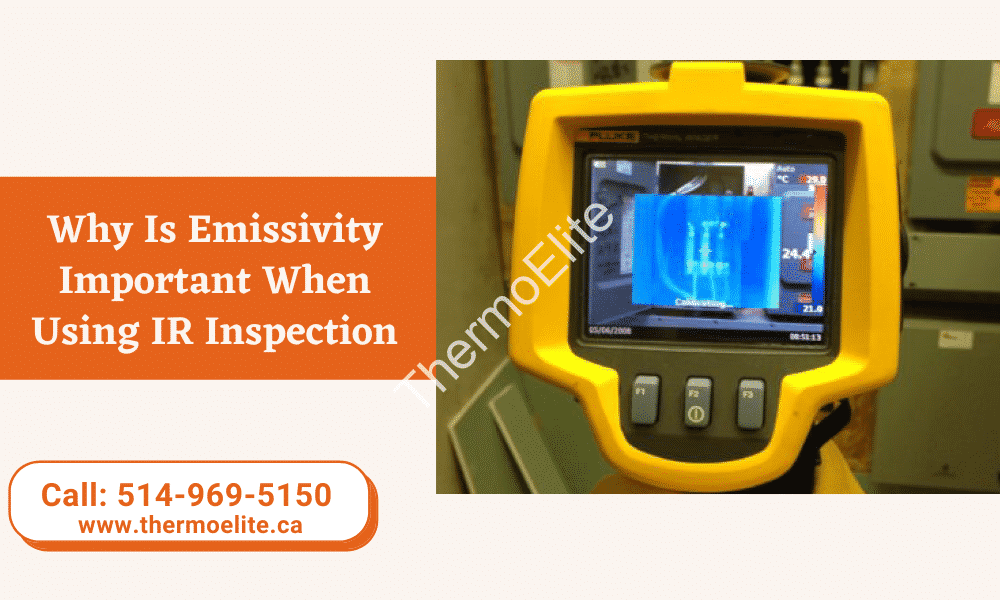 Organizations possessing expensive electrical assets must give due importance to condition-based maintenance. One of the integral technologies used for control-based maintenance is thermal imaging that involves the use of IR cameras and infrared windows. This allows the safe execution of energized electrical maintenance inspections. However, knowing about emissivity and its significance in thermal inspection is essential to understand the entire procedure better and make the most out of it. This post talks about all that’s involved. Keep reading!

Any object that touches temperatures above ‘absolute zero’ radiates thermal energy. Nevertheless, when it comes to considering any specific wavelength, temperature, and figuring out the thermal radiation amount, it depends on the radiation capability of an object’s surface.

So, what does the term ’emissivity’ refer to? You can define emissivity as the ratio of the energy radiated from a pristine emitter at the same wavelength and temperatures and under the same viewing conditions. In simpler words, you can say how the surface of an object reveals the reality of its temperature is technically called emissivity.

You need to keep in mind that a surface’s emissivity depends on both the nature and the material of the surface. Let’s understand this with the help of a related example. A cleaned and well-maintained copper surface is more likely to carry a low emissivity, which is usually below 0.10.

On the other hand, a rough, oxidized metallic surface will hold a higher emissivity of 0.6 or greater depending on the oxidation amounts and surface conditions. Additionally, the wavelength, angle, and surface temperature also regulate the amount of emissivity.

In this picture, the temperature of each block is the same, but you can see how different they’re looking. It’s the game of emissivity! When you see a perfectly polished metal object that carries low emissivity, the specific surface starts to act like a mirror.

Hence, an object may look cool when you touch it, but the thermal image can show a much higher temperature if there’s any heat source such as a thermographer reflecting off the surface.

Why You Should Acquire Some Knowledge of Surface Emissivity

Satisfactory knowledge of emissivity is imperative to understand the practical details of both accurate non-contact temperature measurement and heat transfer calculations. The thermal radiation emitted from an object’s surface is detected using radiation thermometers.

The calibration usually involves blackbody (the perfect emitters) reference sources that carry an emissivity of one, which minimizes the chances for any practical difference. During the inspection of a real object, surfaces with greater reflectivity show lower emissivity. On the other hand, while seeing a blackbody at the same temperature, it will receive greater radiation, which will make the surface appear colder than it is.

The exceptions will be only when the thermometer’s reading is adjusted to consider the material surface emissivity. However, there’s a challenge in this as well. The emissivity of any material surface greatly depends on different chemical and physical properties. Therefore, the measurement requires modifications like coating the surface with black paint, which has higher emissivity.

A considerable part of the electromagnetic spectrum that ranges between .75 to 1000 microns in terms of wavelength is Infrared radiation. Therefore, when it comes to performing result-driven and perfect infrared inspections, acquiring some quality knowledge of emissivity looks paramount.

As stated before, you can better describe emissivity as the relative ability of a surface to emanate radiational heat. When an object heats up, it experiences an exponentially increased intensity of ration emission. Yes, you caught it right – it works as per the evergreen Stefan-Boltzmann’s Law.

Infrared cameras come with the ability to capture and calculate the radiation emission from any targeted object. There are typically three sources of the said emitted radiation. They include –

As discussed before, the emissivity of any material ranges from 0-1, and the blackbody, considered a perfect emitter, emanates 100 percent of the absorbed energy and carries an emissivity value of 1.0.

When it comes to considering a working environment, the emissivity of a surface looks like –

Here the viewing conditions, wavelength, and temperature remain the same.

When it comes to conducting thermography on any object, the inspector is required to adjust the value of emissivity on the IR camera. It helps recompense the different emissivity values of various target objects precisely while performing the inspection.

Even a minor mistake can turn out to be drastic and may lead to massive errors in reading temperature. This may eventually lead to a wrong inspection, generating inaccurate data. Due to this reason, it’s always a wise idea to get some idea about the emissivity values of common materials. The following chart can help you with this.

With the increase in temperature, the radiant energy proportionately increased. So, setting the camera in the correct position is crucial as failing to do so may result in inappropriate temperature readings.

Apart from that, using an emissivity value, which is greater than the targeted object’s emissivity, may lead to electrical faults, as they will appear cooler than they are. In the same way, because of the exponential relativity, the chances of getting the heroes worsened will be higher because of the increased components in temperature. It may tremendously understate the temperature calculations, leading to wrongly diagnosed severity of an asset’s faults.

Hence, briefly, it can be said that the thermographers should, necessarily, hold an adequate understanding of the surface of the key target, which they’re going to inspect using an IR camera. In addition, a solid understanding of emissivity will help them in wrapping up the job accurately.

How Often Should I Have a Thermal Electrical Inspection Performed?
What Applications Might Require Custom Thermo Inspections 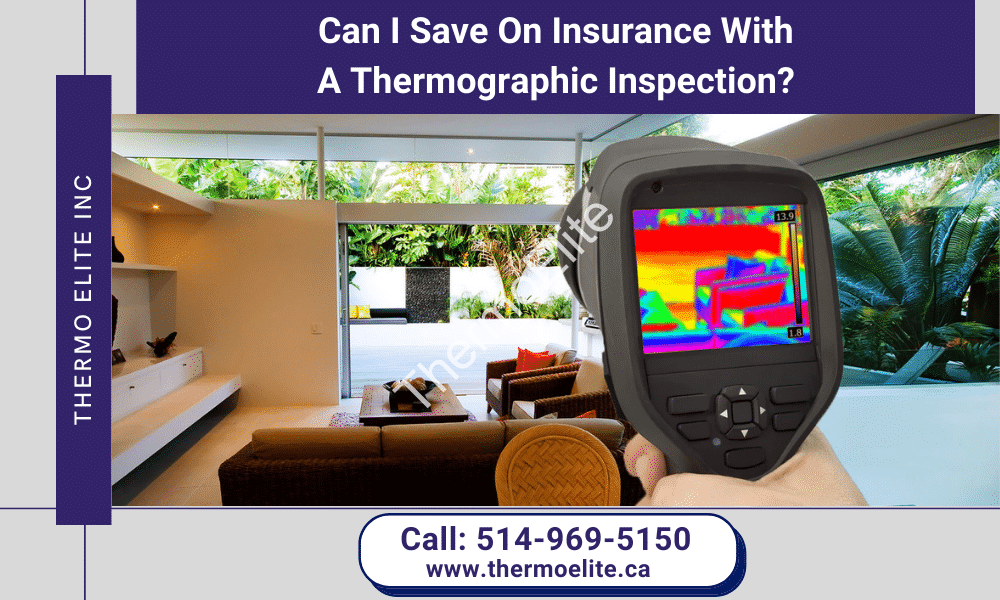 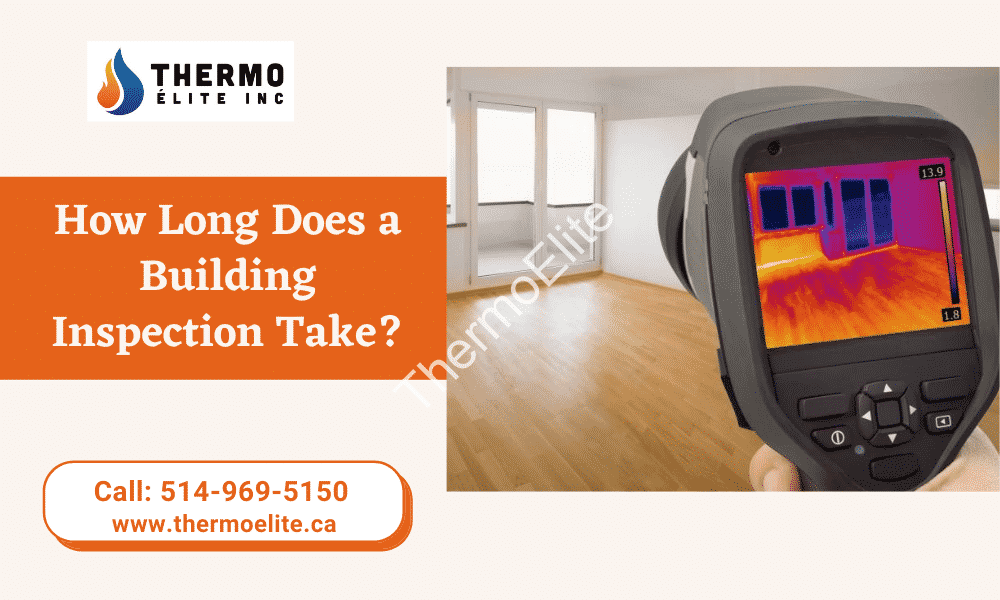