HomeNewsHow to Trace and Test Underfloor Heating with...
by in News 479

Underfloor heating systems are being installed in several residential and commercial buildings to offer efficient and consistent heating during the cold winter months. Modern underfloor heating systems comprise of either hydronic systems or electric systems, and both systems provide effective heating. Most of the systems provide heating for multiple rooms, and some provide heating for only a single room.

How to Choose an Appropriate Thermal Imaging Device?

The underfloor heating systems are installed within pipes, so it’s crucial to choose a thermal imaging camera with a sensitivity of less than 0.1˚C along with a minimum resolution of 160 x 120 pixels. This configuration will help thermographers differentiate between the pipes or variations witnessed at the supply-return manifold.

Higher resolution cameras (320 x 240 pixels) might be required based on the underfloor heating system. Some of the recommended models include the FLIR E8 and FLIR E6. You can either buy a thermal imaging camera if you have to check underfloor heating systems frequently or hire a thermographer already equipped with the necessary infrared cameras. As these cameras are costly, hiring someone would typically be the better option. Make sure they are certified, of course.

How to Trace Underfloor Heating Systems and Pipes?

The underground heating pipes need to be laid in a regular pattern to achieve efficient and consistent heating throughout a building or room. However, if there’re obstacles or the rooms are shaped unusually, you might require a complicated pipe layout pattern. Tracing underfloor heating systems will need you to turn on the system while holding the thermal imaging camera pointing towards the floor.

Usually, the temperature just above pipes hovers around26˚C compared to the average floor temperature of approximately 18˚C. Detecting the system manifold is the point to start tracing the underfloor heating throughout the entire property. Since auto ranging is available, the camera’s thermal images will display the pipes in orange color, and the background will be purple when you use the color palette ‘hot iron’ 9k.

What are the problems that I can expect with Underfloor Heating?

Thermographic inspection of an underfloor heating system can detect or diagnose a range of issues that often plague these systems. For instance, pipework patterns that reveal a gap indicate blockages or leaks that prevent warm water flow through the different piping sections. On the other hand, if the pipeline is shown as a faint outline or an unclear pattern, then it suggests a problem with the insulation where the pipe heats the ground instead of the room.

In the event of a partial leak or block, a completely different pattern shall be revealed. The bright white or yellow color of the fully functional pipe will slowly face into just a notch above the room temperature because of the air’s entry inside the pipe and lowering of the surface temperature.

Thermal inspection at the point of system manifold will hint at all types of problems plaguing the underfloor heating system. The big difference between the return temperatures and indicate potential air ingress, leaks, or other malfunctions in different loops of the underfloor heating system. You will need to carry out a general inspection with the thermographic camera to locate and diagnose the problems.

On a Concluding Note

Even though the underfloor heating systems can be afflicted with various problems, the thermal imaging cameras offer a complete, efficient, and non-intrusive method of identifying and diagnosing the issues. Irrespective of whether there’s a problem with the system pipes or the manifold, it can be conveniently detected using a thermal imaging camera. Since the patterns are displayed on the screen, the thermographer or maintenance staff can quickly identify the exact points that need to be repaired or checked for performance.

How to Inspect a Property during the Coronavirus Pandemic
Why Use Thermal Imaging on Electrical Systems?
Thermo Élite Inc
4.9
Based on 8 reviews 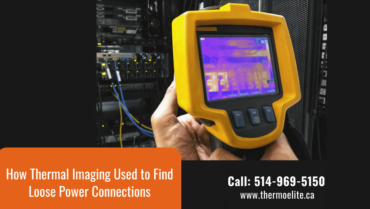 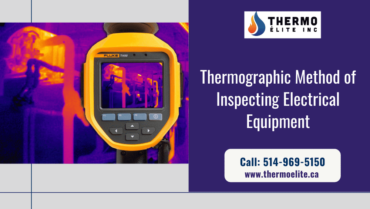