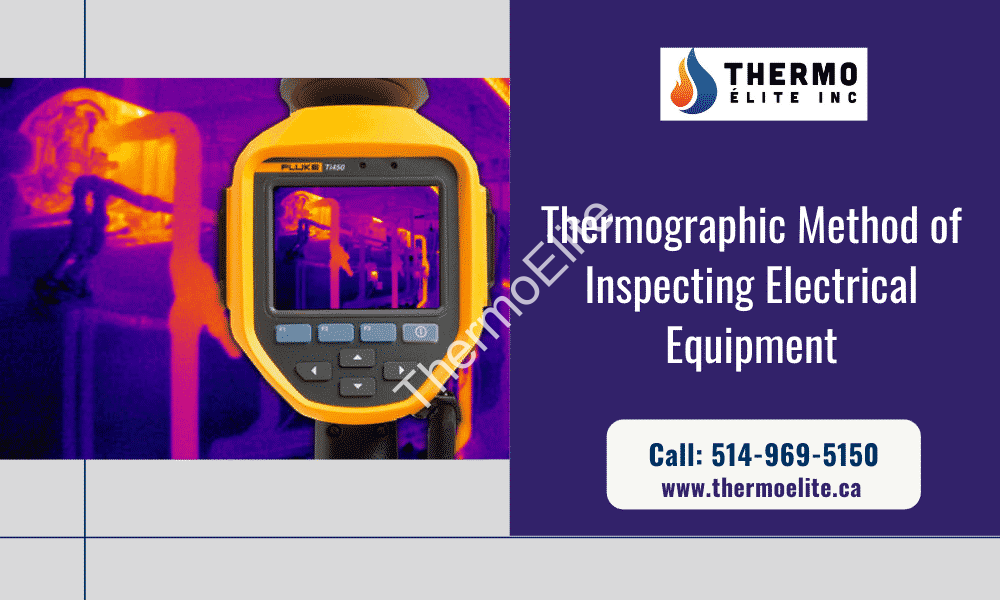 Electrical equipment develops wear and tear after prolonged usage. Since they carry a heavy load to the entire installation, they usually incur damages after a certain period. An electrical installation includes electrical components, parts, circuits, switchgear, fuse, and wiring.

Infrared thermography helps you to identify heating issues, overloading, and many other major problems at one go. It is a preventive maintenance method, which is used to detect defects before they cause further damage to the electrical equipment.

How does Thermographic/Infrared Inspection Works?

The science of thermographic inspection is dependent upon the heat that is emitted from electrical surfaces. Infrared cameras detect the temperature variation while displaying the measurements on the screen. These readings are demonstrated in the form of colored images that expert professionals analyze to identify the areas of concern.

Based upon these readings, the thermography inspector assesses the thermal state of the electrical systems. Although many professionals like to use other tools to inspect an electrical system, recently, thermographic inspection is preferred. The reason for using infrared cameras is that it is a contactless inspection method and offers accurate readings.

Why is Thermographic Inspection of Electrical Equipment Important?

Scanning electrical equipment through infrared cameras is an effective, efficient, and inexpensive method to quickly identify electrical problems. Thermographic inspection needs to be carried out under the expert guidance of professionals. This method of inspection is entirely safe, as well as non-invasive.

The biggest pro of thermographic scanning is that it’s a contactless method of detecting temperature changes in electrical systems. It gives you the opportunity of inspecting electrical installations even when they are running at total capacity. Electricians or thermographers can perform the task from a safe distance without compromising their security.

Additionally, a thermographic inspection provides accurate results, which helps identify faulty components, thereby saving the equipment or electrical system from further damages. Inspection with other methods or tools results in downtime, and production comes to a halt, which leads to substantial financial losses for the business. Taking the help of thermographic scanning is an excellent way to implement predictive maintenance while reducing hefty electrical charges.

The process of thermography involves capturing the heat distribution images emitted from electrical surfaces. The infrared cameras capture the heat distribution images while displaying the areas experiencing electrical issues. Thermographic images are dependent upon the reading based upon the infrared radiations emitted from the electrical objects. This is why you need to observe those electrical components that are displaying high temperatures. Since this could indicate that these parts have more resistance, power and hence need immediate attention. It is even better to replace or repair faulty parts indicated by the thermal images.

Thermographic scanners are simple yet efficient tools to capture high temperatures and fluctuating heat in electrical systems. These images are then demonstrated on the screen of the infrared cameras, indicating hot and cold surfaces. Based upon the scan report, the components encountering electrical problems are replaced or repaired.

Electrical panels and switchgear is the lifeline of every commercial and residential property. One cannot think of a functional building (residential and commercial) without installing a proper electrical system. However, the failure of electrical equipment of systems can result in significant inconveniences. Apart from disrupting production, failure of electrical systems or equipment events leads to substantial financial losses.

Thermal scanning is an effective tool to locate the problem during the initial stages proactively. Early detection facilitates preventive maintenance, and you can easily replace or repair faulty components. Conventional methods of inspection result in more significant downtime, which can be overcome by using thermal imaging. As it’s based on the principle of detecting temperature or heat anomaly, thermo scanning is the most effective and safest way of detecting faults in electrical systems or components. Increased temperatures in electrical parts could indicate malfunctioning or improper temperature distribution within the system.

Several factors lead to failure or degradation of electrical equipment, and some of the common ones include loose wiring, faulty fuse, or even old electrical parts. Change in heat pattern is the only way to analyze whether a particular electrical component is experiencing overheating or heat leakage. This helps in the evaluation of the problem and finding an appropriate solution.

How does a Professional Thermographer Inspect Electrical Equipment?

Professional thermographers are qualified and trained to handle sophisticated thermographic tools and equipment. Moreover, they have competency in computer software used to measure and analyze electrical objects’ thermal states.

Usually, the thermographers use an infrared or thermal imaging camera to perform thermography in electrical systems. During the task, they will place these cameras over the surface of the problematic areas or the components experiencing overheating issues. Infrared cameras capture multiple images and analyze them for temperature differences while identifying the components that require immediate attention.

Analysis of infrared images involves feeding these photographs into the computer software, which provides the thermal state of the object displayed in the form of different colors for different temperatures. The final step involves compiling a cohesive report about the inspection to read the thermographers’ data easily.

Things to Consider During the Inspection

A thermographic inspection is successful only when the electrical mechanism runs at total capacity or is fully functional. To find the exact load amount and current flow, the thermographer needs to keep the electrical system in an energized state.

After the initial inspection is complete, the concerned thermographer, accompanied by an electrician, needs to open the switchboards, circuits, wiring, and fuse. Accurate imaging is possible only when the thermographer gets full access to the entire electrical installations. Thermographers consider various factors for accurate studies, such as lighting, focus, resolution, and contrast. 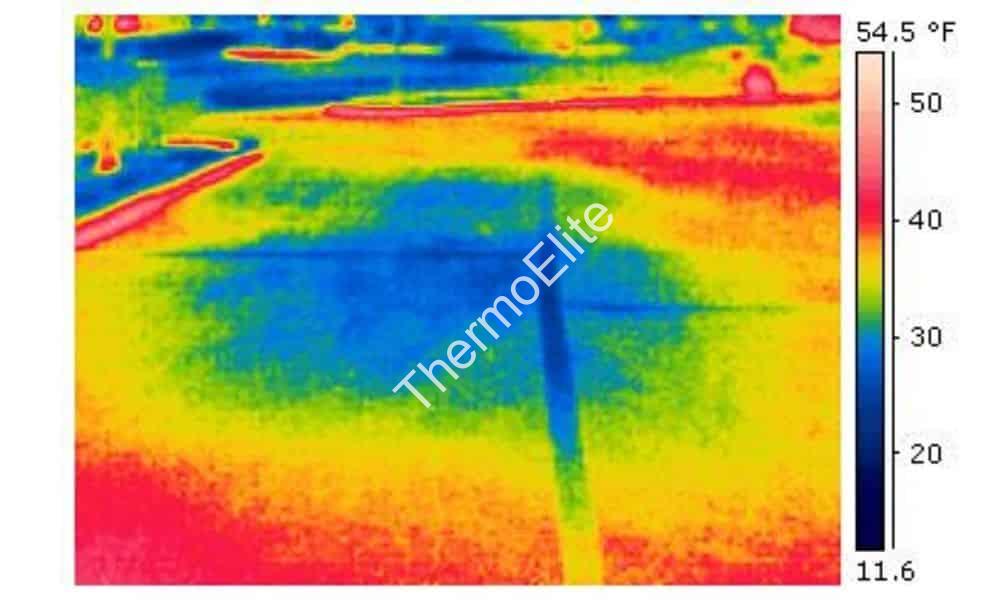 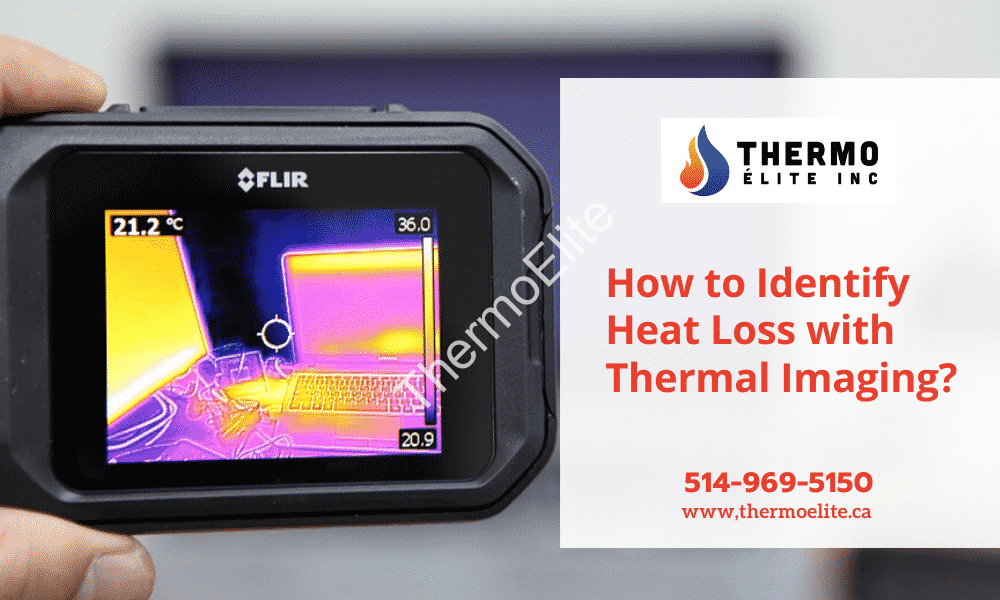